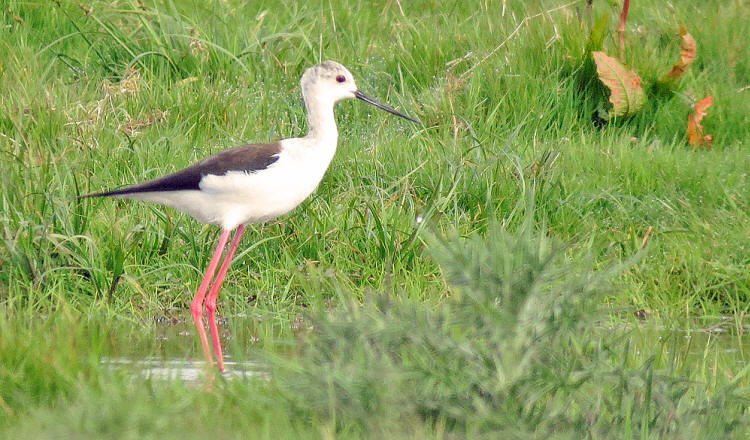 JUNE: Two, a male and female, were present early morning on Pilning WR, New Passage on the 25th. They were watched on and off until mid-morning when they flew high north but returned to the wetland late afternoon and remained until dusk. Both birds remained on site from June the 26th - 30th. JULY: Both birds continued on site until at least the 1st.

A spring female was found on Pilning WR, Northwick Warth on May 7th where it lingered throughout the day. It remained faithful to the lagoons until at least the 9th.

One was seen on May 17th at Oldbury Power Station in flight and heading down channel.

One was 'obtained' sometime around this time near Thornbury, no date, age or sex was mentioned.

Dillwyn (1848: 8) under 'Long-legged Plover' says: 'In the Swansea Guide, this interesting bird is said to be 'very rare in low moist meadows;' and I suspect that it has been misplaced in our Fauna, for Dr. Turton. who assisted Mr. Oldisworth in the compilation, told me that the only specimen he ever saw was shot near Thornbury, in Gloucestershire.' Howard Saunders (1882-84 (3): 306, 4th ed.) in Yarrell's British Birds, says: 'One was obtained near Thornbury, in Gloucestershire (Dillwyn, Fauna of Swansea, p. 8).'